Makita delivers corded grinding performance without the cord with the 18V LXT Lithium-Ion Brushless 4-1/2"/5" Cut-Off/Angle Grinder. It's powered by a Makita brushless motor for longer run time, increased power and speed, and longer tool life. For the most demanding applications, Makita's exclusive Automatic Speed Change Technology automatically adjusts speed and torque during operation for optimal performance. The XAG04Z is ideal for grinding, cutting and sanding a wide range of materials including tile, concrete, pipe, conduit, and more.

The Makita 18V LXT Lithium-Ion battery charges faster and works longer than standard lithium-ion batteries, giving you and your cordless tools unmatched performance and productivity to take on the most demanding applications. The Makita 5.0Ah battery has a category-leading charge time of only 45 minutes, so it spends more time working and less time sitting on the charger. The 18V LXT 5.0Ah battery is compatible only with Star Protection tools, indicated by the Star Symbol and/or Yellow Battery Receiver under the tool. Makita 18V Lithium-Ion batteries resist self-discharge so they're ready for use even after long periods of storage. The Makita Rapid Optimum Charger is a smart-charging system that communicates with the battery during the charging process to monitor current, voltage and temperature. This advanced charging technology helps optimize battery life and deliver a faster charge. In addition, the Charger has a built-in fan to cool the battery for faster and more efficient charging, even in hot weather conditions. For improved tool performance and extended battery life, Makita created STAR Protection Computer Controls. STAR Protection is communication technology that allows the tool and battery to exchange data in real time and monitor conditions during use to protect against overloading, over-discharging and overheating. Makita, the innovation leader in cordless tool technology, has the world's largest cordless tool system powered by 18V lithium-ion slide-style batteries.

Makita LXT is the world's largest cordless tool system powered by 18V Lithium-Ion slide-style batteries. At the heart of the Makita 18V LXT System is the efficient Rapid Optimum Charger. 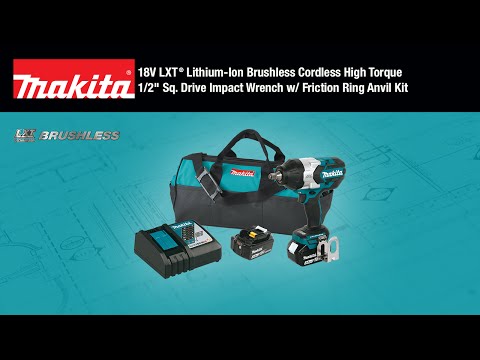 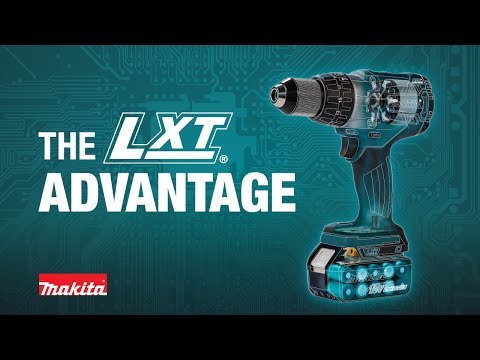